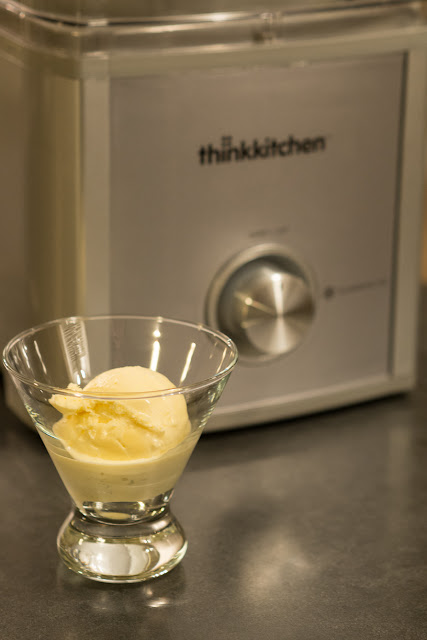 Note: Scroll to the bottom if you just want the recipe. 😊

My husband teases me about how my eyes widen and I look entranced whenever I enter into an ice cream shop. Growing up, there was always plenty of grocery store ice cream in the freezer (thanks mom!) which I would occasionally sneak downstairs to steal a bite or two. When I got older, I would occasionally treat myself to one of the unique parlor ice cream flavours despite the steep prices ($5 a scoop?! I could buy a whole tub with that kind of money!). I have often thought about buying an ice cream maker to try experimenting with flavours myself but always put it off as one of those things that I would do "one day"... Well, on Black Friday last year, that day came.

My husband found an ice cream maker for half price, final sale, by Thinkkitchen. Having no experience with the brand, we quickly tried to look up reviews but was disconcerted to find absolutely nothing online, even on the company's own website. I hemmed and hawed in the store for about half an hour, wandering back and forth in front of the shelf and then deliberated for another ten minutes when I brought it to the cash (Thank you very much, Mr. Patient Cashier). It felt risky for an impulse buy but after telling myself that 20 years ago nobody needed internet reviews before deciding whether to get something... I bought it. I figured I could always sell it on Kijiji if it did not work out.

Next came the hunt for a recipe. There are so many to choose from. Some are posted by professional chefs, some by “mommy bloggers”, some with eggs, some without eggs, some used alcohol, some did not…etc.

We decided to start with just a classic vanilla. Something simple to figure out how the machine worked. A lot of recipes recommended using real vanilla extract for the full depth of flavor and some even recommended using the full vanilla pod. I cannot believe how expensive vanilla is. So. very. expensive. After spending a ridiculous amount of time calculating and comparing (and marveling) how much a mL of vanilla cost at various grocery stores for the various sized bottles, we finally just went with the ever reliable Costco purchase. Forty dollars worth of vanilla later, we were ready to start.

In the end, we basically used the True Vanilla Ice Cream recipe from epicurious with a few modifications. We used a DIY double broiler method using a mixing bowl over a sauce pan instead of heating things up straight in the saucepan because we felt like we had a bit more control over the heat and were less likely to burn the cream.

We were ecstatic with how well the ice cream worked out. It became the first of many, many more batches. We used this recipe as the base for multiple flavour variations which you shall get to see in later posts!
at April 18, 2020 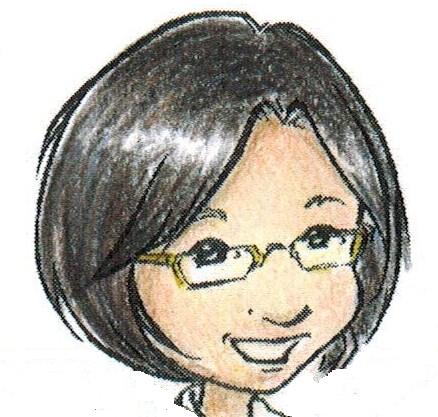